I just love that quote. We all have times of hesitance when we embark on a new endeavor. Even the most successful of us are not free from that feeling of, “Am I really ready?” How many plans, ideas, goals and dreams did you sit on because of this nagging voice? How many sparks of illuminating inspiration have you had that withered and faded into the distance because you did not feel like you were adequately prepared?

Does any of this sound familiar to you? “I’ll be ready once I take just one more class. I’ll do it when I lose 10 more pounds. I can start once I have a little more money.

You may not realize it, but that voice of hesitance is the ego tricking you. You see, the ego’s job is to help you to feel safe. That’s why it’s always telling you that you need to take one more class, get one more certification or that you need what ever “it” may be. It goes on and on in a never-ending cycle. The ego wants to hold you in your safe zone. It’s afraid of change. Even if the change is better for you than staying where you are. But the truth is, you’ll never feel adequate until you just begin. Sure, you may be scared. You may make mistakes. You may be rough around the edges in the beginning. Heck, you may even fall flat on your face. But you have to start from somewhere. I mean really, it’s pretty difficult to be perfectly perfect right out of the gate.

The trick is, it’s actually easier if you do yourself a favor; release the pressure and JUST START, even if you don’t think you’re ready. Starting is the key ingredient to the secret sauce of success. Take one step at a time, and keep going, and going, and going. The mere act of starting creates momentum. The fire is sparked, energy flows, and low and behold, you’re on your way. And the great news is, you will have the opportunity to fine-tune it as you move along. The secret of getting started is breaking your complex, overwhelming tasks into small manageable tasks, and then starting on the first one.” -Mark Twain

Yet too often, fear comes into play. You feel more secure in the safety of what you know. But in actuality, this sense of security is mostly a superstition. Avoiding fear is no safer in the long run than getting right out there and taking a shot. And what is fear? False * Evidence * Appearing * Real.

In the wise words of Socrates, “The secret to change is to focus all of your energy not on fighting the old, but in building the new.” Because trust me, that which you focus on, becomes your world. And if you fight for your limitations, they will be yours to keep.

So let’s break it down. What’s the worst that’s likely to happen if you take the leap and Just Start? Dig into your deepest fear. Is it that people won’t accept you? Is it that your plan might not work? Maybe you will lose? So what??? This is not life threatening.  Keep on going. Dare yourself to fail. In life, those who take the risks are the ones who achieve success.

Did you know that some of the most successful people in the world had to first endure failure? Michael Jordan was turned down by his high school basketball team. One of the greatest NBA players in the history of basketball and his high school team turned him down! And Oprah Winfrey, she was told that she wasn’t good enough to be on TV. He-he-he. Really??? Didn’t stop her from being one of the biggest TV hosts in the world. Oh, and that little known band the Beatles, they were turned down by Decca records and told that they never make it in show business. Way to call that one wrong Decca!

So challenge yourself to become the dreamer of dreams, become the risk taker. And start, even if you don’t think you’re ready.

I hope this inspires you to go forth with confidence in the direction of your dreams.

I would love to hear your comments. Share your inspiration with us. Have you started a project before you were ready? Do you have a idea that you want to get started on. The story continues in the comments. Let’s inspire each other. 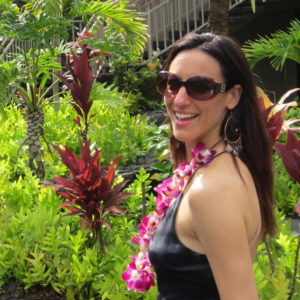